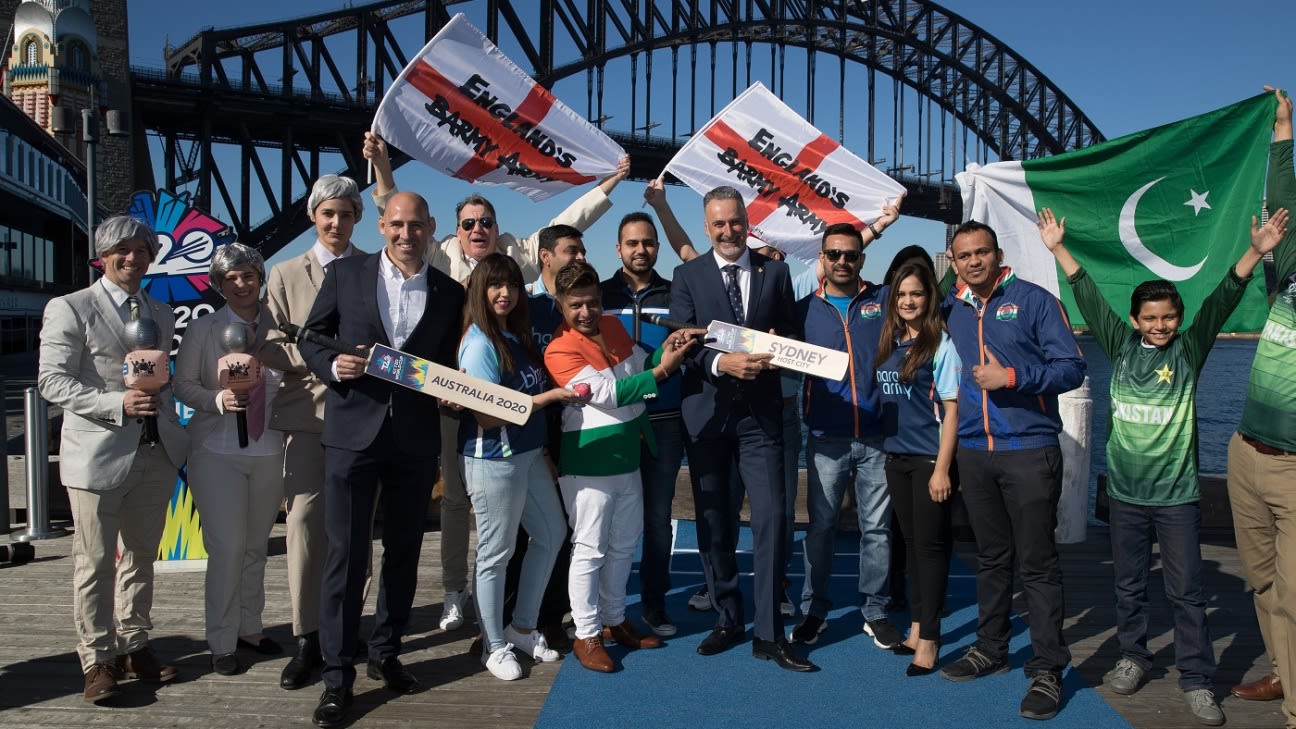 The ICC may continue to insist that this year’s men’s T20 World Cup in Australia has not yet been postponed, but Cricket Australia officials believe the prospects of it being held on schedule are dwindling. Kevin Roberts, CA’s chief executive, said on Friday that there’s “a very high risk about the prospect” of the tournament taking place as planned in October-November, his comments coming a day after the emergence of a communication from CA chairman Earl Eddings to the ICC in which he asked for Australia to be able to host the event in the same window next year.The tournament, featuring 16 teams, is scheduled to be held between October 18 and November 15, but as reported earlier this week, there is a strong likelihood of the event being postponed, something the ICC said on Wednesday was “inaccurate.” On Thursday, the ICC board was meant to discuss the postponement and contingency planning, but eventually deferred that discussion to June 10.”The timing of the men’s T20 World Cup is really a matter for the ICC,” Roberts said on Friday in a virtual media briefing. “Obviously, we’ve been hopeful all along that it could be staged in October-November. But you’d have to say that there’s a very high risk about the prospect of that happening.”In case the World Cup does get postponed, Roberts said there were a few potential windows to stage the event in 2021 and 2022, some of which were listed by ESPNcricinfo on Wednesday. “In the event that that doesn’t happen, there are other potential windows in the February-March period, October-November the following year.””We are exploring all options, from chartered flights in from other countries through to creating bio-security bubbles in different venues, and it may well be as much as we’ve released the schedule and we have for example four Indian Tests scheduled for four states, that assumes that state borders are open to domestic travel.”

However, Roberts stressed that ICC would have to “deal with a lot of complexity” in order to work out an alternate window, especially since India are scheduled to host the 2021 men’s T20 World Cup (scheduled for October-November) and the 2023 men’s ODI World Cup (scheduled for February-March).”There’s implications for ICC events over a number of years,” Roberts said. “They need to be thinking about when to stage the men’s T20 World Cup that’s planned for Australia. There’s another one planned in India a year later and then in 2023 there’s the men’s cricket World Cup for India as well. And not to forget on the women’s side of the ledger, you’ve got the cricket World Cup in NZ early next year. The ICC is juggling a lot of balls there and looking at the windows that are possible over the coming years.”Roberts’ comments come on the back of CA chairman Earl Eddings writing to ICC to say it would be “detrimental to cricket” in case the “cancellation” of the World Cup in Australia this year is “replaced by award of” the tournament in October-November 2022. Contents of Eddings’ correspondence with the ICC were reported by the Times of India on Thursday.Eddings instead has suggested that Australia host the event in October-November 2021 and India stage the tournament on roughly the same dates a year later in 2022. Doing that, Eddings said, would financially help all the member countries.”Australia has thankfully managed to flatten the (Covid-19) curve, meaning there is greater certainty of being able to play in Australia in 2021 (which is key to maintaining member distribution). This would give India another year to resolve any Covid-related problems,” the paper quoted Eddings as saying in his communication, which it said was only addressed to the ICC’s finance and commercial affairs (F&CA) committee.Kevin Roberts speaks to presspersons in Melbourne Getty ImagesThe F&CA is headed by former ICC president Ehsan Mani, who is currently the chairman of the PCB as well. The other members of the F&CA are Imran Khawaja (ICC deputy chairman), Colin Graves (ECB chairman), Chris Nenzani (CSA chairman), former Pepsico CEO Indra Nooyi (independent women’s director) and Eddings himself. Shashank Manohar (ICC chairman) and Manu Sawhney (ICC CEO) sit as ex-officio members in the committee along with Ankur Khanna (ICC chief financial officer) as the secretary.Test venues for India tour could be cut to ‘one or two’Roberts said that in case the World Cup is ruled out this year, CA would suffer a potential loss of approximately A$20 million (US$13.3 million.). As far as the international summer is concerned, CA has forecast a shortfall of around A$80 million (US$53.3 million approx.).Roberts said that about A$10 million (US$6.66 million approx.) would be spent on creating the biosecure environment that is mandatory for cricket to resume. On Thursday, CA released the home schedule for 2020-21, which includes India playing three T20Is in October followed by four Tests (starting December 3) and then three ODIs in January 2021. Zimbabwe, West Indies, Afghanistan and New Zealand are also scheduled to feature in men’s bilateral series with several venues across Australia pencilled in at this stage.However, Roberts accepted that based on the Covid-19 situation at the time, the number of venues might be shrunk.”It’s still very early days,” he said. “The international season doesn’t start for some time. So you’d appreciate those plans will evolve. We are exploring all options, from chartered flights in from other countries through to creating bio-security bubbles in different venues, and it may well be as much as we’ve released the schedule and we have for example four Indian Tests scheduled for four states, that assumes that state borders are open to domestic travel.”It maybe that circumstances dictate that when the time comes, maybe we can use only one or two venues. We don’t know any of that yet. We need to plan for all those scenarios. There are a lot of variables based on whether we have four venues.”

Lancashire hopeful spectators could be admitted again in September