Alex Carey remains hopeful that the T20 World Cup can take place in Australia later this year, even if it means playing in front of empty stadiums.Under normal circumstances, Carey, Australia’s ODI and T20I wicketkeeper and vice-captain, would have been in India playing for Delhi Capitals in his first IPL. That tournament has now been postponed indefinitely even as uncertainty looms over cricket’s landscape globally for the rest of the year.Australia are due to host the T20 World Cup in October and November. While that is still six months away, there is increasing doubt whether it will take place even behind closed doors due to border restrictions that are expected to remain in place for a considerable amount of time.”You want your fans there, they play a very big part in our sport and without the fans we wouldn’t have a job.”

Carey on the prospect of playing in front of empty stadiums

The logistical challenges of a global event mean a decision will need to be taken a considerable distance out from the tournament. If the competition could only go ahead without fans, Carey feels it may be better to delay the event, but concedes that would be difficult to do in the uncertain environment.”That would probably be the ideal situation if you can put a date on it, but it’s probably hard right now to say if we postpone the World Cup then three months later it would be fine to open the gates,” he said. “I trust the guys well above my head to make the right decisions.”As a cricket player and a lover of the game, I’d do anything I could to represent my country at a World Cup. I’d say it would be a strange feeling [without a crowd], no doubt. Playing over in England in the one-day World Cup, having the crowds of all different countries going crazy when they do well is something you can’t really explain.”Out in the middle it’s that atmosphere you love and thrive on. Saying that, the landscape of the world has changed rapidly over the last three months and if it has to be that way I’m sure we’ll find a way to make it go ahead. You want your fans there, they play a very big part in our sport and without the fans we wouldn’t have a job. But I love playing cricket and if there’s no one there I’ll definitely go out and play.”Australia’s T20 form had been impressive over the last six months. They have seven wins in nine matches against Sri Lanka, Pakistan and South Africa, which have resulted in three series wins. The T20 World Cup is the one global title that has eluded them – reaching the 2010 final was their best effort – but they were shaping as one of the favorites on home soil.Their late-season series in New Zealand at the end of March was cancelled as coronavirus restrictions came in and their tour to England in July, which includes three T20Is, is highly doubtful. But Carey is confident of Australia retaining their form if they do play in October.”We know our opening batters are likely to be (Aaron) Finch and (David) Warner, throw in (Steven) Smith at the top, so we’ve been pretty consistent with our line-up in the last six months and it’s really valuable doing that,” Carey said. “You know what your bowlers’ strengths are, you know what the spinners can do – (Adam) Zampa and (Ashton) Agar were fantastic – and the top of the order was making runs.”It was very enjoyable, quite a consistent group with our roles very specific. We had a really good understanding. Again, I’m very optimistic, if in six months’ time the World Cup goes ahead we are playing some really good cricket we like our conditions here in Australia. I know the guys are still keeping fit and staying strong so if we do get an opportunity to play I think our game will be ready to go.”Maintaining his positive outlook, Carey was also seeing the benefits of the enforced time at home with his 19-month-old son – “if I’ve been home for six months of those I’d be surprised,” he said – and a chance to recharge after a hectic period of international cricket.”For myself and a lot of the guys, it’s been a really big summer and probably a big 12-24 months of playing lots of cricket. I’m seeing it as a really good opportunity for the guys to refresh and recharge, already you are seeing some videos of Marnus (Labuschagne) hitting balls in the back yard and I’ve got the golf ball going against the wall to try and keep the hand-eye coordination going.”We are lucky in the fact that we had finished the summer pretty much so the guys can put their feet up and be really keen for when the doors open again to go and train. I have full trust in the guys doing what they can, albeit probably in their back yard.” 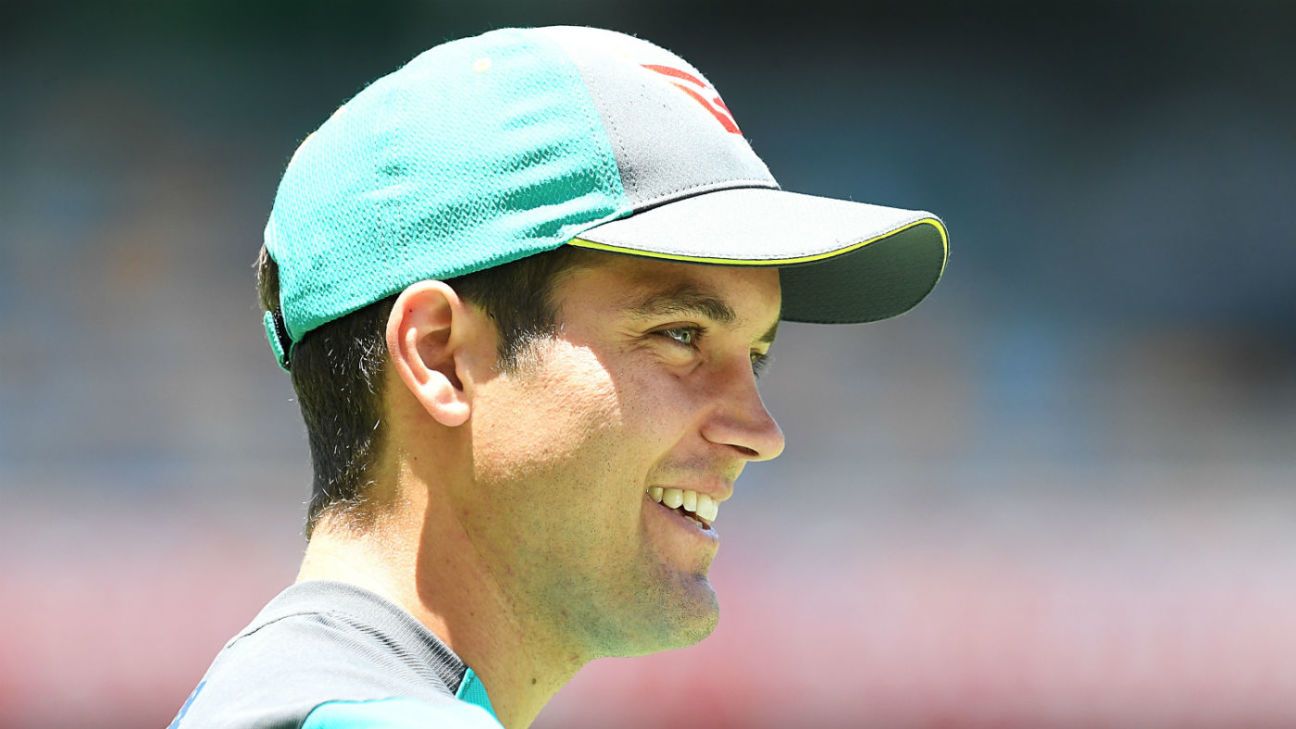 Australia 2020-21 central contracts: who comes in and who goes out? | Cricket