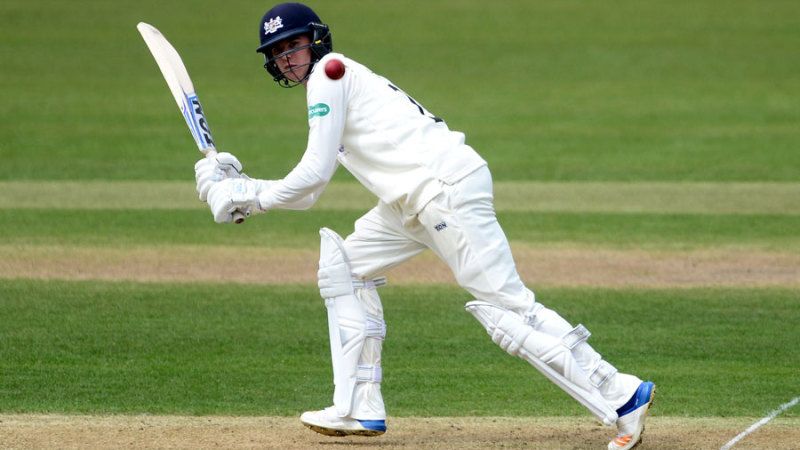 George Hankins, the Gloucestershire batsman, has been charged with drink-driving after crashing his club sponsored car in Surrey.Hankins, of Keynsham, near Bristol, was arrested after the incident in Portsmouth Road, Cobham, on April 19, according to the BBC, and is due to appear at Guildford Magistrates’ Court in July.Photos of the crash site showed fire-fighters attending to a silver Mercedes, with the Gloucestershire club crest on its doors and Hankins’ name printed underneath.Hankins, 23, broke into the Gloucestershire squad after an outstanding 2015, in which he broke Daniel Bell-Drummond’s record for most runs in a season at Millfield School.He went on to make a maiden first-class century against Northants in 2016, the same year in which he was named as England U-19 player of the series against Sri Lanka.However, he has not yet surpassed those performances, despite earning a contract extension in 2018 after top-scoring for the club in that summer’s Royal London Cup.He endured a lean summer in 2019, scoring just 23 runs at 3.83 in six first-class innings, and a solitary half-century in five List A outings.In a statement, Gloucestershire County Cricket Club said it had “been made aware of an incident – being investigated by Surrey Police – regarding one of its players”.”The club is in touch with the player concerned and has initiated a full internal investigation,” a spokesman added.

Post Views: 16
Share
Previous T20 World Cup exit will hurt for a long time to come – Tammy Beaumont
Next Ireland will be ‘as flexible as we can’ in hope summer fixtures can be salvaged – CEO