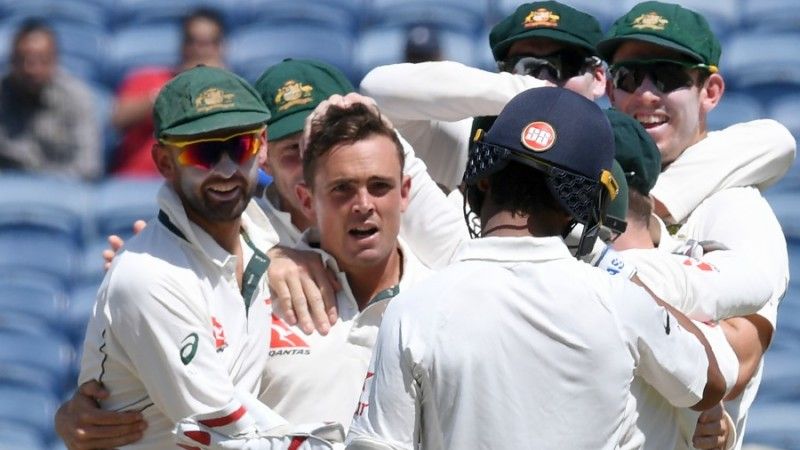 Steve O’Keefe, statistically the best fingerspinner in Australian domestic cricket since Ashley Mallett, has ended his Sheffield Shield career following New South Wales’ decision not to offer him a contract for next summer.Not since Mallett’s 344 wickets at 23.75 for South Australia in the 1960s, 70s and early 80s has an orthodox spin bowler taken wickets as frequently or cheaply as O’Keefe’s 224 at 25.01 in 71 Shield matches for NSW. His first-class record, including nine Tests for Australia between 2014 and 2017, saw O’Keefe collect 301 wickets at 24.66. Among NSW spin bowlers, he sits behind only Greg Matthews, Stuart MacGill, Richie Benaud and Johnny Martin.O’Keefe, 35, will continue to play for the Sydney Sixers in the Big Bash League and Manly-Warringah in Sydney grade cricket, but the NSW hierarchy elected not to offer him another deal at a time when the Shield-winning state are looking to rejuvenate their spin-bowling division.It must be said, too, that O’Keefe’s spotty disciplinary record – he once played a Test for Australia in Bangladesh when suspended from NSW duty due to his poor behaviour at the 2017 end of season awards night – may have contributed to the decision to look in other directions.”I was disappointed when I was told that I wasn’t getting a contract but I respect and accept the decision, so I have decided to retire from first-class cricket,” O’Keefe said. “I will forever be grateful to Lee [Germon, the Cricket NSW chief executive] and all the staff, from the front office to the warehouse to the development officers in regional areas, who have all shared the same passion for the game.”They’ve played a huge role in making the last 15 years so memorable. And, of course, I am indebted to the fans, who supported my left-arm inswingers against their better judgement. On a personal level, I want to thank my family, as well as my manager and friend, Andrew Fraser. They’ve been by my side through everything and I couldn’t have done this without them.”It’s been such a privilege to play for my country and captain my state, but above everything else, I’m most proud to have played alongside some of the best blokes I’ve ever met. When I think about my time playing cricket, that’s what I’ll miss most.”After playing one Shield game in 2005-06, O’Keefe did not become a consistent fixture until the 2009-10 season, when his tight and canny left-arm spin, characterised by tremendous accuracy, subtle changes of pace and just enough spin to beat the bat, saw him promptly elevated from state to Australia A ranks. Some felt that he might have been tried in Test matches against England in 2010-11, but O’Keefe endured an unhappy time the following season after being prematurely handed the NSW state captaincy in place of the widely respected Simon Katich in 2011.He fell behind Nathan Lyon in the queue for international spin-bowling spots, and endured his poorest Shield season for NSW in 2011-12 when he could muster just nine wickets in seven matches. However, from that point, O’Keefe became a model of consistency in Shield bowling ranks, never again averaging more than 31 with the ball in a season, and always claiming more than 10 wickets.His best season in 2013-14 had O’Keefe plucking 41 wickets for the Blues in 10 matches, earning him a place on Australia’s tour to the UAE to face Pakistan, where he made a modest Test debut. Two years later O’Keefe looked to be far more suited to the challenge of touring Sri Lanka, but a hamstring strain during the first Test in Kandy scuppered his tour just as he appeared to be one of the touring team’s most potent threats.He would return to the team in India in 2017, enjoying the moment of his career as he plucked 12 for 70 to bowl Virat Kohli’s team out in Pune for a memorable victory in the opening match of the series. But his returns dried up over the rest of the series as India fought back to claim the Border-Gavaskar Trophy. He played once more in Bangladesh later that year when still banned from the Blues, a decision not looked upon kindly by many in Australian cricket.O’Keefe’s remaining years were characterised by injuries interspersed with typically doughty bowling displays when fit, ending with the 2019-20 Shield title in a season truncated by the coronavirus pandemic. “Steve has been a committed and consistent performer for the Blues over a long period of time,” Germon said. “He is one of the most successful spinners ever to play for NSW, which earned him Australian selection and the captaincy of the Blues.”