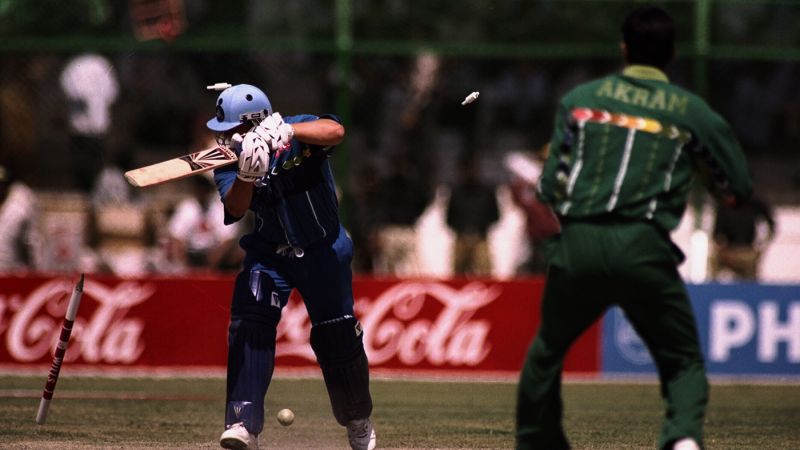 Wasim Akram and Darren Gough are among the latest cricketing personalities attempting to combat the challenges posed by the COVID-19 pandemic.The pair have both promised items of memorabilia to be auctioned on behalf of the Centre for Disaster Philanthropy who have set up a COVID-19 Response Fund.Akram, Pakistan’s highest wicket-taker in both Test and ODI cricket, has pledged a signed bat and ball while Gough, England’s second-highest wicket-taker in ODI cricket, has pledged a signed ball.Stars from other sports involved in the fundraising include Jack Nicklaus, Mike Tyson, Nick Faldo, Rory McIlroy, Martina Hingis, Stephen Curry, Michael Phelps and Rose Lavelle. To enter the competition, visit athletesrelief.orgAkram and Gough join a long list of cricketers who have made charitable efforts to help out during the crisis, including Jos Buttler, who is auctioning the shirt he was wearing when England won the World Cup.Ravi Bopara has offered free chicken from his restaurant in London to NHS staff, the umpire Aleem Dar has offered free food from his restaurant in Lahore to those who have lost their jobs, and Kent’s Sam Billings has offered to shop for vulnerable people in his area.England women’s captain Heather Knight and the Surrey allrounder Rikki Clarke and are among those to have signed up as NHS volunteers, while Sam Curran has launched a fundraising campaign.