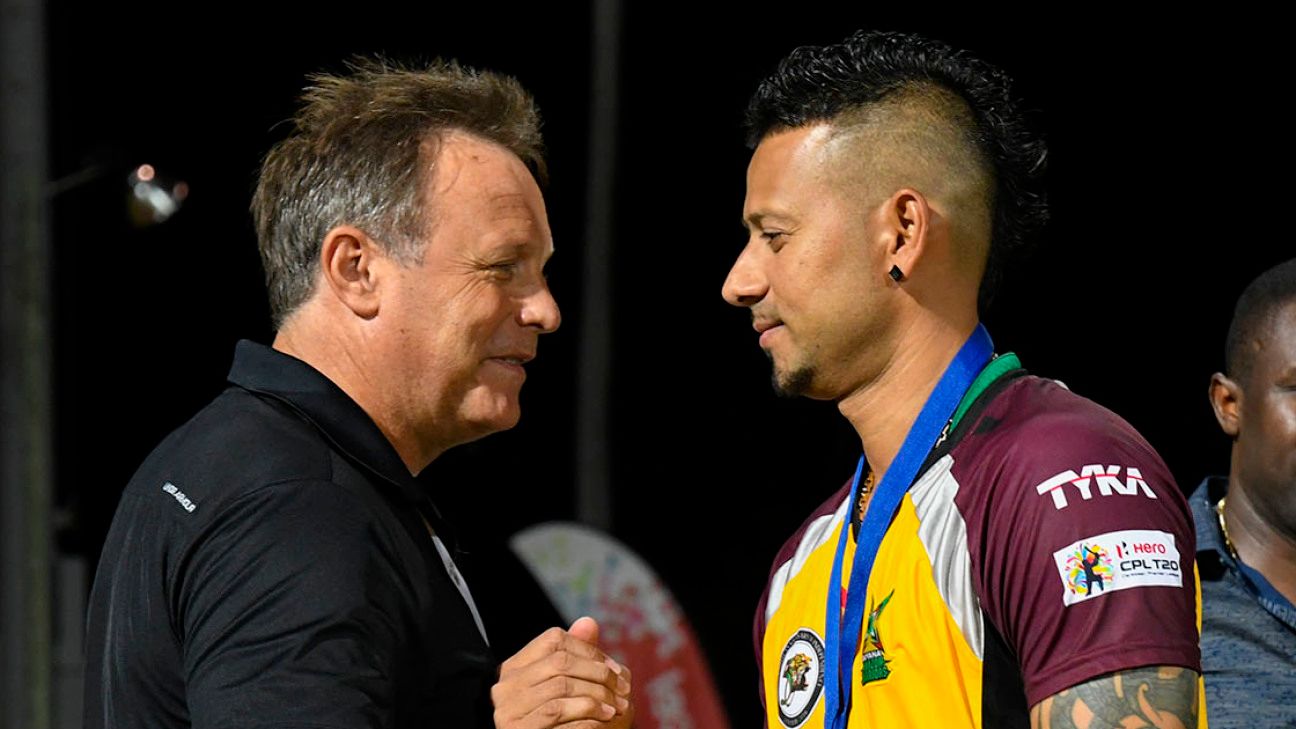 A new franchise in the USA, a fully-fledged women’s league and maintaining distinctive local flavour are among the keys to ensuring the Caribbean Premier League (CPL) is the second-best T20 league in the world, after the IPL, according to chief operations officer Pete Russell.Seven seasons in, the 2020 CPL is shaping up to be the most difficult yet, with the Covid-19 pandemic and its knock-on effects meaning there is every chance the league will have to be played without overseas players, behind closed doors, or across only a handful of venues as organisers draw up contingency plans.But in an interview with ESPNcricinfo, Russell said he was confident that the CPL was well-placed to meet that challenge, having learnt from the mistakes it has made to date.”Private enterprise is interesting when you bring it into sport. It definitely has value to it, but you do have a lot of hurdles and obstacles you’ve got to overcome,” Russell said. “I think the tournament has now overcome a lot of those hurdles. It’s very well established in the Caribbean – even including carnival, it’s without doubt the number one entertainment product there.Russell says that the CPL dealt with things quickly last year when officials from the St Kitts and Nevis franchise were pulled up by anti-corruption officers, as reported by ESPNcricinfo. “I think there was naivety involved on the part of the owners – we responded incredibly quickly to that situation and shut it down quickly, and actually it did very little damage to us both in terms of making sure that the team could continue to play in the league but also in terms of its integrity,” he said. “We’d beefed up our anti-corruption that year and took on a lot more responsibility ourselves, and actually got to the root of it very quickly.”
“The challenge it has from a commercial perspective is its home audience is only seven million [people]. If you compare that to India and other parts of the world, you’ll see that the economics of getting a large home media deal aren’t there, so you have to be a lot more creative in how you build your revenue profile.”We’ve been able to do that. It broke even – or a little bit better than that – last year. This year will be a challenge, but we’ve put it in a place where we can see how to make money going forward. It’s on a stable footing – we’ve got owners now who are good, we think. It’s always difficult when you’re selling franchises when you don’t know what you’re going to get, but I think now we know our owners very well and vice versa – that relationship is very strong.”St Lucia Zouks finished fifth in the 2019 CPL Ashley Allen – CPL T20 / GettyThings have not always been straightforward regarding the franchise owners. Vijay Mallya was removed as Barbados Tridents owner after failing to pay his players and fighting extradition, officials from St Kitts and Nevis Patriots were pulled up by anti-corruption officers last season, and the St Lucia franchise has changed hands three times in as many years – it was most recently purchased by Kings XI Punjab’s parent company, KPH Dream Cricket Private Limited in February.As things stand, two of the teams are owned by the parent companies of IPL franchises – Trinidad and Tobago Red Steel were re-branded as Trinbago Knight Riders after they were bought by Shah Rukh Khan’s Red Chillies Entertainment in 2015. And though Russell admits it would “make sense” for St Lucia’s new owners to change the team’s name from Zouks to Kings XI, he doesn’t think the CPL would lose its local flavour and turn into a mini-IPL. Indeed, in the immediate term, the fact that IPL owners have a stake in the league may help avoid a clash between the two tournaments this year.”I think we are second [to the IPL]. I don’t think we necessarily get the credit we deserve sometimes. Everyone goes back to the Big Bash, or the Blast – and the PSL is doing a great job, the tournament they ran there was first-class – but if you just look at the engagement levels we get, we’re up there for sure”

“I talk to Venky Mysore [Red Chillies CEO] a reasonable amount because he has a huge amount of knowledge: what he’s learned in the IPL is only going to help us, not just in terms of the audience that they bring in terms of the Indian market, but also the learnings and professionalism. It’s no coincidence that they’ve won the number of titles that they have. All ships rise in that scenario: other owners know that the tide mark has gone up.”Similarly with Kings XI, I’m excited to be working with some great people. If you’ve got owners like that, it’s not as if there’s any threat – at the end of the day, CPL still runs and manages the league. We’re very open-minded about the way we operate. We’ve probably got a lot more wrong than we’ve got right over the years, but we learn from our mistakes and the league is in a very strong position.”Expansion is a balancing act, and Russell thinks it unlikely that a new Caribbean-based franchise will be created any time soon. Instead, the target is breaking into the US. That is easier said than done – players were frustrated by small crowds and the loss of home advantage when games were played there in 2018, and having an American CPL franchise would present a clash with USA’s own plans for franchise cricket in the next two years – but setting up an American franchise within the next five years remains an ambition.The Barbados Tridents players celebrate with the CPL trophy Getty Images”Would we set up another franchise in the Caribbean? I doubt it. Would I set one up in America or Canada? Probably, because that would make sense in terms of breaking into new markets and making the commercials a little more palatable.”We’ve got the largest professional [cricket] league on that side of the world, and it makes sense to collaborate and to build a powerful base there. Who knows: I could quite easily see how you would have a North and South conference in the future, once the infrastructure is in place.”The downside with any expansion is that the league risks becoming bloated: the last two Big Bash seasons, in which average attendances were down and interest waned due to an increase in the number of group games from 40 to 56 serves as a warning sign.Similarly, the CPL is determined to maintain its distinctiveness as a league. Last year, the number of overseas players per team was reduced from five to four, and there has been more of a collaborative effort with Cricket West Indies to enhance the opportunities afforded to young, local talent. Better pitches have helped the league’s entertainment value, too – scoring rates have climbed from 6.98 runs per over in 2013 to 8.30 last season.”I always look at these leagues and think less is more. I’m not one for playing 56 games, just because of the fatigue element. In my personal view, the Big Bash lost their momentum a little bit when they did that. The IPL is a different beast, but again – that’s a lot of games that they are playing.Chris Gayle celebrates his hundred CPL T20 via Getty Images”I think we are second [to the IPL] – I don’t think we necessarily get the credit we deserve sometimes. Everyone goes back to the Big Bash, or the Blast – and the PSL is doing a great job, the tournament they ran there was first-class – but if you just look at the engagement levels we get, we’re up there for sure. When people switch on a CPL game, they know where they are: sometimes with other leagues you switch on and go: where is this? Is this the Blast? Is it Big Bash? It’s not always the case, but they can sometimes be a bit samey.”As for a women’s league, the CPL has lagged behind most other competitions: last season, two T10 games were staged immediately before the second qualifier and the final, but only as exhibition matches.”It could be sooner than you’d think” Russell says, with regards the possibility of a fully-fledged competition. “In those T10 games, we played them in Trinidad, we didn’t move the boundaries in, and they were still clearing the ropes quite comfortably – there’s some really good players there.”If we can be the catalyst and give them the opportunity, not only does it motivate them, but it motivates a whole new generation of potential women’s cricketers to come through. Like all of these things, the economics have to play a part, but I think we can do it. If we can have the same attention to detail, then it can be very successful.”

ECB confirms no domestic cricket until at least August 1