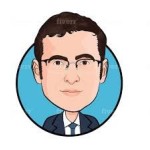 Barcelona and Real Madrid both face difficult starts to 2017 after drawing Athletic Bilbao and Sevilla respectively in the Copa del Rey on Friday.

Barca and Madrid eased into the round of 16 with huge wins against lower league opposition in Hercules and Cultural Leon, but they face tougher tests in the next round against two teams doing well in La Liga.

Sevilla have made an impressive start under Jorge Sampaoli and their two-legged tie against Madrid at the start of the year will be followed by a league game against Zinedine Zidane’s side on Jan. 15.

The first leg of their Copa del Rey game will be at the Santiago Bernabeu, meaning Madrid will then have back-to-back trips to the Sanchez Pizjuan following their La Liga game against Granada.

Athletic are not riding as high as Sevilla in the table — the two sides are seventh and third respectively — but have always proven difficult opposition for Barca, who have won the Copa del Rey in the last two seasons.

No comments to show.